How do I choose a Savannah kitten? 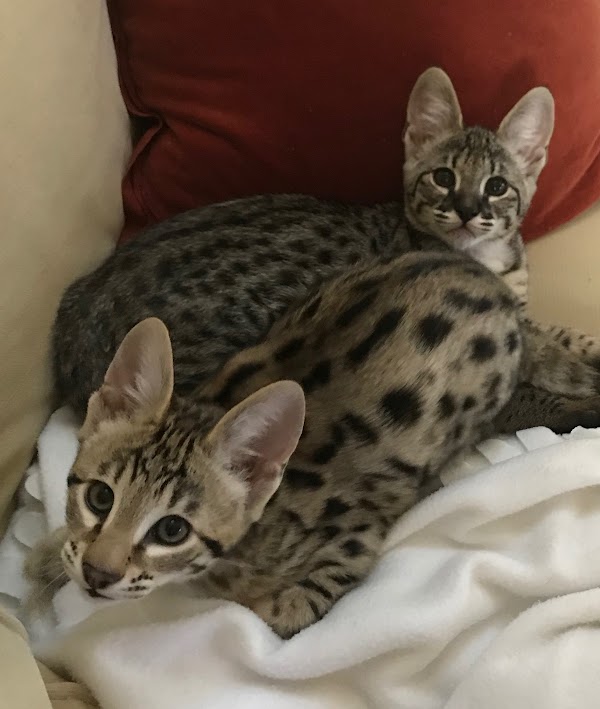 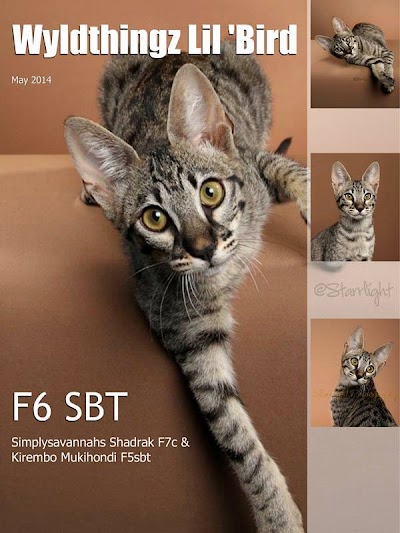 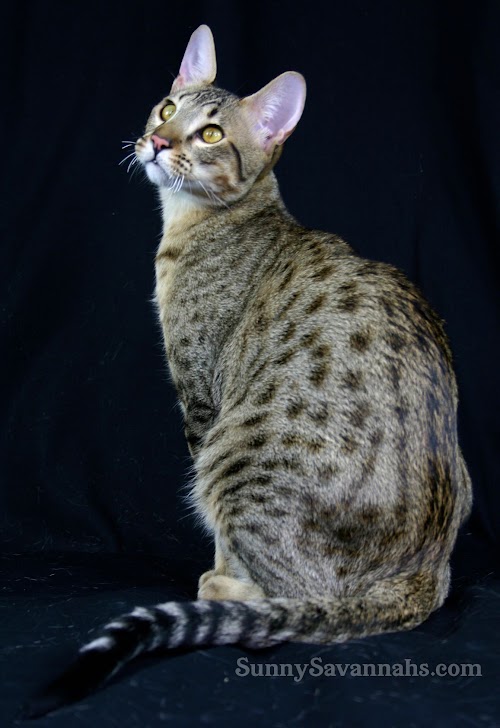 Ivy has a very nice long lean body and long legs. She has a nice triangular head and large ears. I’ve included a picture of Jet’s mother, Lil' Bird, to demonstrate how very nice Savannah ears have tips that point straight up to the ceiling, almost like bunny ears. Her ears are also set high on her head. Most Savannahs do not have all of the breed traits; every cat has their weaknesses. However, as a breeder I strive to pair my cats with other cats that can compensate for their weaknesses. In this case, Ivy’s ears are not as upright as I want them to be, so I will breed her to Jet and Odin who have more upright ears like Lil’ Bird pictured above. 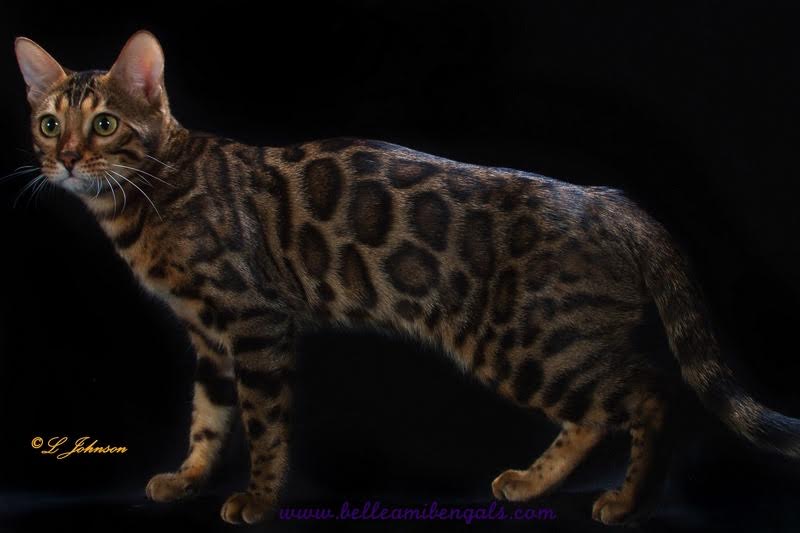 I will consider selling a kitten as a breeder to someone who has a TICA-registered cattery and is fully informed and responsible about breeding practices. Otherwise, for the safety of my cats and to prevent “backyard” breeding, I will spay and neuter my kittens that are going to pet homes.

Males tend to be a little larger than females when fully grown. Noel’s F2 kittens will likely be larger in size than Ivy’s F3 kittens if you are very concerned about size. However, size is something not guaranteed and not something we focus on at Sunny Savannahs. Noel is not a “large” F1 and Ivy is not a “large” F2. If you want a “large” Savannah you probably should find another breeder. However, I’d like to warn you that there is a lot of genetic variability in a cat’s size, and often you do not know what size they will be until they are full grown. Breeders can only guess at what size their kittens will become based off of past litters. 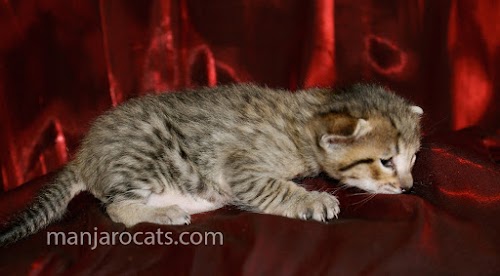 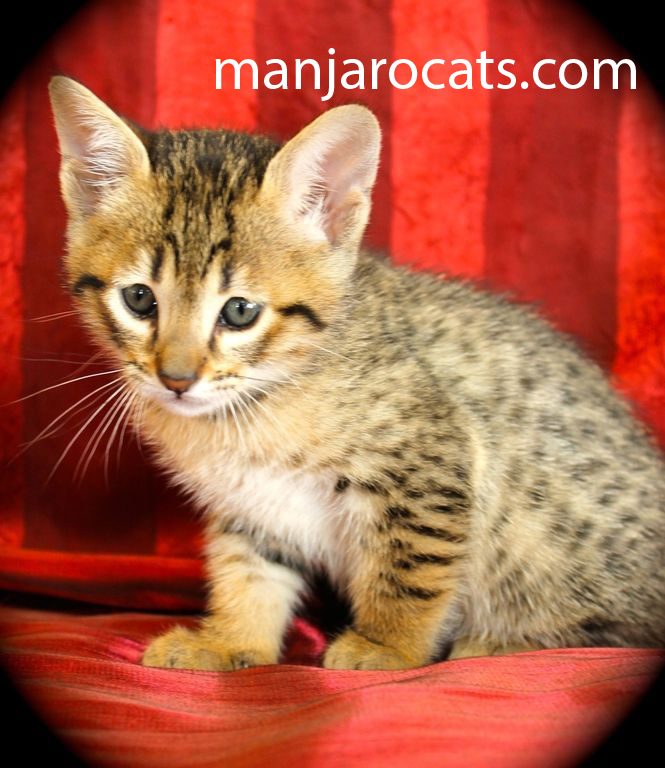 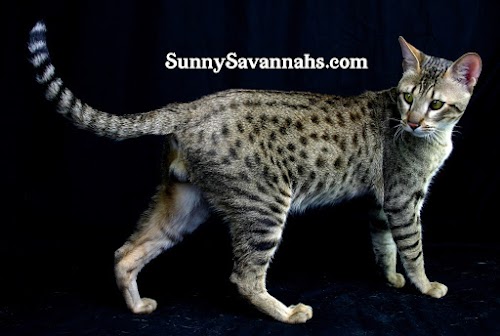 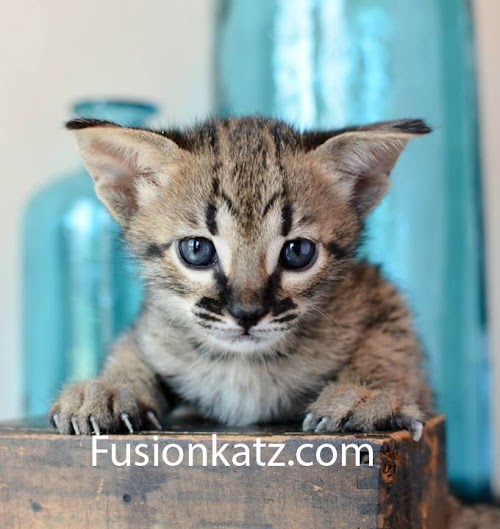 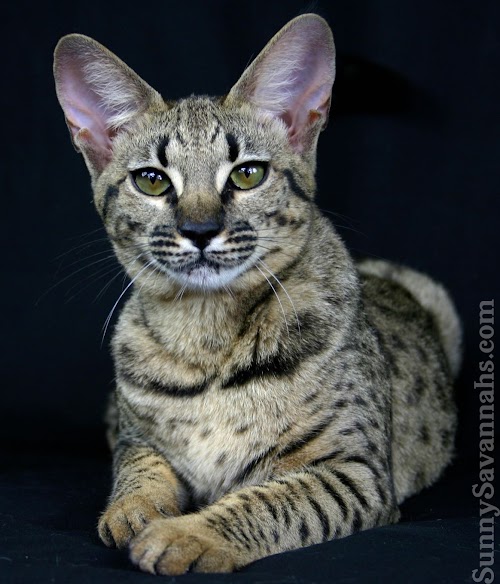